How do we calculate the dates? 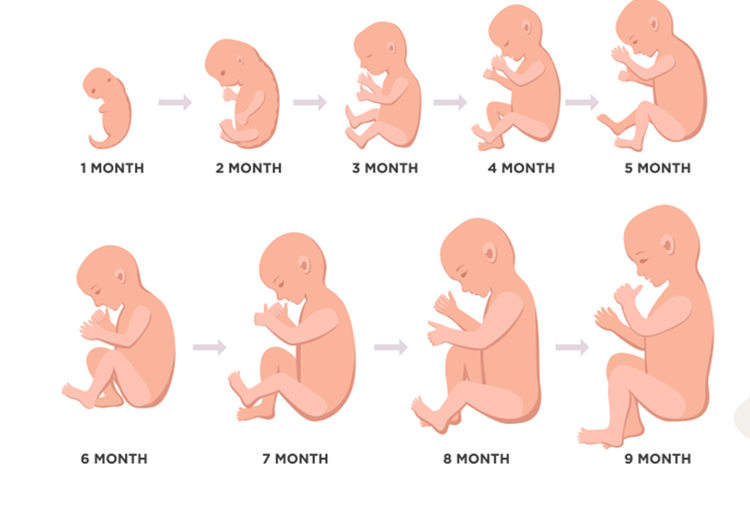 The dating of the pregnancy and thus the calculation of the expected date of delivery (EDD or the due date) is based on the some prerequisites such as: the mother has a regular 28-day cycle, she is sure of her last period, she has not recently taken contraceptive drugs, she has not had a recent (within 3 months) pregnancy and she is not breast-feeding. Given those, the estimation of the EDD is based on the rule described by Franz Naegele (a 19th century German professor in Obstetrics/Gynecology) as follows: EDD is calculated if we add 7 days and one year to the first day of the last period and we deduce three months. Naegele rule assumes that the ovulation and hence the conception occur on the 14th day of the cycle which is actually true for the majority of women.

Nowadays the EDD is confirmed at the first detailed ultrasound scan of the pregnancy, the 11-13 weeks scan, by checking if the length of the fetus is compatible with the one expected for the week of the pregnancy.

In a study of about 600 fetuses at 8 to 14 weeks we assessed how reliable is the measurement of the fetal length (crown-rump-length, CRL) depending on the operator and the gestational week. We found that CRL is a very reliable tool with little variability between operators up to the 13th week of pregnancy. We also found that if we take into account the variability of the CRL measurement (which translates to a difference of about 7 days), it makes sense to change the EDD if the difference between the EDD by the mother’s last period and the EDD by ultrasound measurement is one week or more.

In conclusion, in the majority of the pregnancies the EDD is calculated according to the rule of Naegele and the baby is born at about the due date plus or minus two weeks. In some cases, for example if the mother does not have a regular cycle or is unsure of her dates, the EDD is better estimated by ultrasound in the first trimester. This estimation does not change throughout the pregnancy. It is very important to refrain from re-calculating the EDD according to later ultrasound measurements as this creates unnecessary confusion to the parents and may lead to misdiagnosis of fetal growth problems.